Yesterday, Endre and I attended an event where the different units of the University of Bergen were invited to  “..present ongoing digitalisation projects, tools and methods, and future digital solutions.”

We brought with us a poster titled “Data con carne – sources of new knowledge on biodiversity” (in Norwegian), where we presented how our barcoding efforts on both African and Norwegian material are parts of a global undertaking of building a “library of life”, and how using huge databases such as BOLD can help us gain better understanding of biodiversity – and on where to focus our efforts in unraveling the taxonomy. There is a very real challenge connected with estimating biodiversity when many of the species are still undescribed, as is the case with many invertebrates, especially the more obscure and diminutive groups.  In such cases, barcoding can serve as a tool in screening for biodiversity, and aid the taxonomists in identifying areas where the taxonomic resolution is poor.

There is a global effort underway to establish a library of short,  species specific genetic sequences. These standardized genetic sequences (“barcodes”) consists of a segment of approximately 650 base pairs of the mitochondrial gene cytochrome oxidase c subunit 1 (COI). You can read more about DNA barcoding on WIKIPEDIA.

For MIWA, we have submitted over 2700 tissue samples from over 600 morphospecies for DNA barcode sequencing through the BOLD-pipeline, where the lab work is done in Guelph, Canada, and the data is uploaded to the Barcode of Life Data Systems (BOLD Systems) .

Out of these, 1450 sequences have been obtained (54% sequencing success rate), and these cluster into close to 550 BINs (OTUs) – suggesting that the diversity may be (much!) higher than what our preliminary investigations reveal. This is not so surprising, considering how hugely diverse and little studied the invertebrate fauna of the GCLME and the CCLME is.

Below is an interactive map of the submitted samples, you can click on the stations to see the specimens that have been sent from that location, and whether or not they have gotten a barcode. You can also follow this link to find the map

What we find is that it is crucial to be able to go back and reexamine the material post-barcoding, and that is where the “con carne” part of our poster came from;

Our barcoding revealed several examples of mismatching taxonomic identifications amongst researchers in different labs and institutions in different countries. This illustrates a major challenge, as it has been shown that when benthic fauna is used in standardized methods for quality assessment and monitoring, mismatching identifications produced by different identifiers can have strong effects on indexing and valuation of ecological conditions in the same habitat.

For DNA barcoding to be useful, it is absolutely neccessary that the correlation between species name, specimen, and barcode is correct (or at least as close to it as we can get, if the species is undescribed).

We must first build this reference library before barcoding can be reliably used for identification of unknown organisms. Hence it is imperative that the voucher specimens that correspond to the genetic barcodes are deposited in a museum where it will be preserved and made available for research.

(get DNA from our faded stars, that is) As explained in a previous post, we submitted tissues samples from the sea stars (class Asteroidea) that were suitable for DNA-analysis to the CCDB lab and the BOLD database. We just recieved the preliminary results, which are very promising! 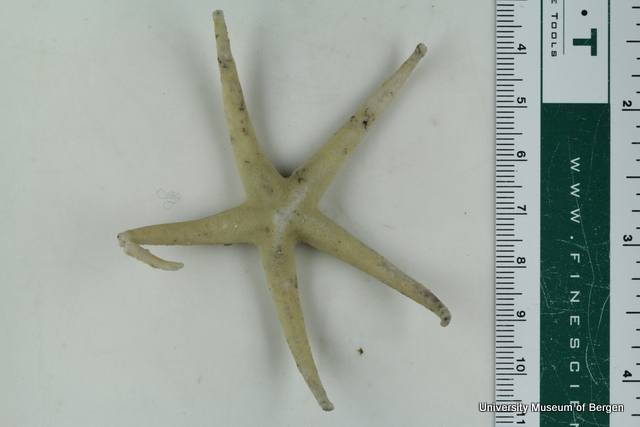 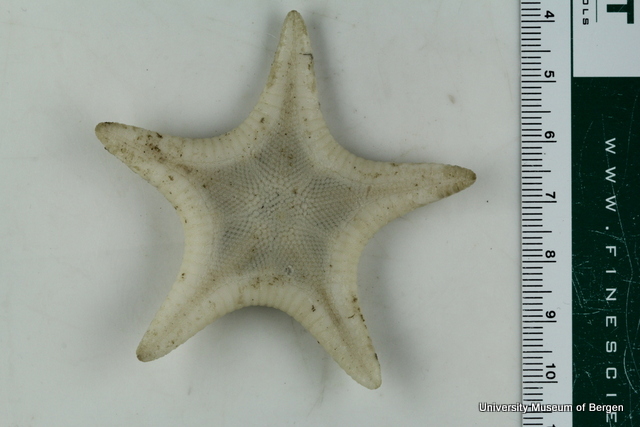 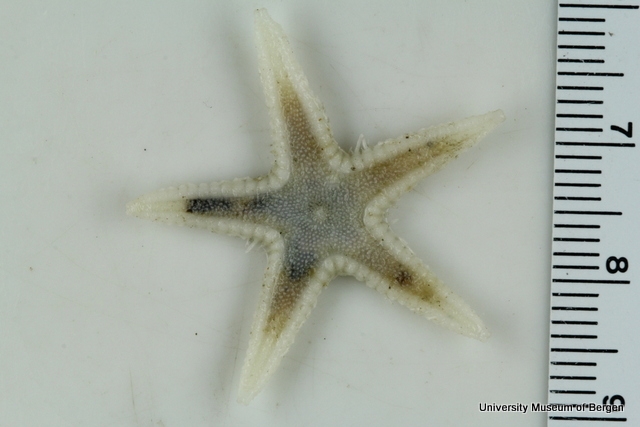 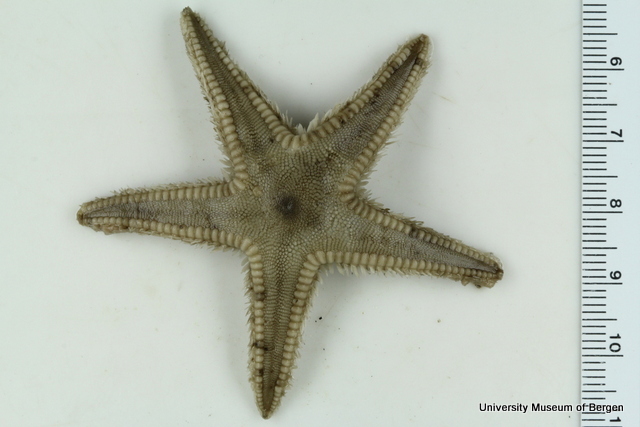 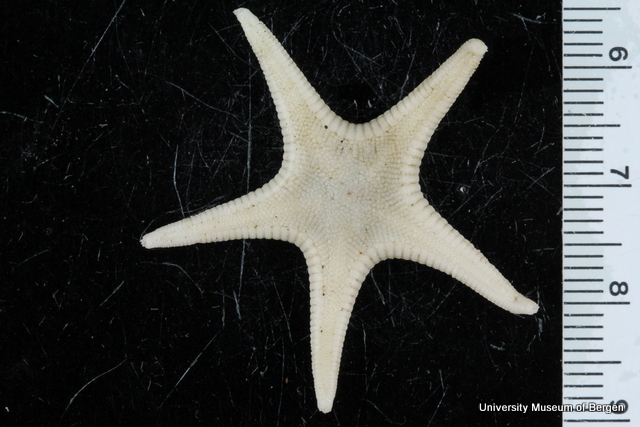 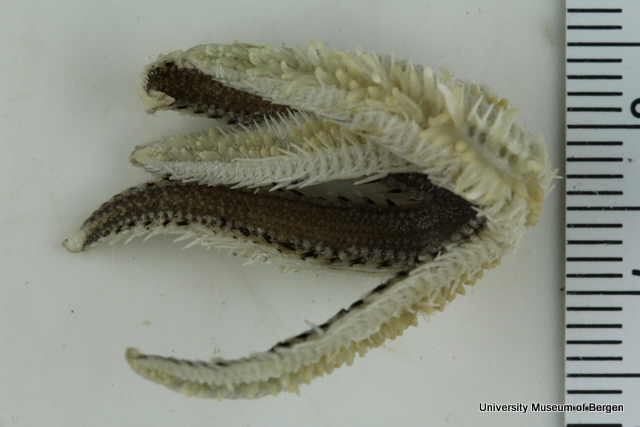 The next step now will be to collaborate further with our asteroid taxonomist, and evaluate the genetic data combined with traditional morphology based taxonomy. Combining barcoding and morphology in this way helps us explore and understand the biodiversity better.

We have done substantial amounts of COI barcoding on various animal groups through the MIWA-project. You can find all the specimens that we have submitted for barcoding here. Of the Echinodermata we have previously submitted Echinoids (sea urchins) and Ophiuroids (brittle stars). Currently we are focusing on the class Asteroidea, the sea stars.

There were not terribly many sea stars in our material, and all of the Asteroids were identified when we had asteroid specialist Anna Dilman visiting last spring.

Part of this material is fixated in ethanol and therefore available for genetic work, and we’ve been waiting for some more material to come along so that we would have enough samples to fill the 95 wells in a plate for barcoding and uploading to the BOLD-database. Now we’ve gotten some supplemental material, and are preparing a plate of mainly Asteroidea. We are also including a few brittle stars, as we had six Gorgonocephalidae (basket stars) waiting to be barcoded, and they are plain too cool to pass up. We did a blog post about basket stars in our InvertebrateCalendar, click here to read more about the head of the Medusa.

Why “faded”? Well, in real life they are amazingly beautiful critters, looking something like this: But once a specimen of the same species – this is a Astropecten aranciacus – has been dragged up by a trawl and marinated in ethanol for a while, it looks  more like this: Thankfully, the colour loss does not mean that the animal is “ruined” – it still retains its key identifying characters and DNA – they just looks a bit less exiting for us non-sea-star-experts!

We’ll finish in the “photo booth” and get the tissue sampling done over the next couple of days, and hopefully our faded stars will shine (as barcode vouchers) after all! We recently had a visitor here, Anna, who was working on the Asteroidea – the sea stars – collected through MIWA. In her own words: I am a specialist in asteroids from the P.P. Shirshov Institute of Oceanology, Russian Academy of Sciences. Although I mostly work on the deep-sea star fishes from the northern regions, I was very interested in examination of the shallow water fauna off the Western Africa.

I have examined more than 150 specimens of sea stars during a two-week stay. As a result, I have identified about 22 species belonging to 13 genera. The most diverse and abundant genus it this collection was Astropecten that included very different species, from small to enormous ones. I had a very successful work in Bergen, which was very interesting and useful for me as a taxonomist!

Thank you for the visit and the blog post, Anna!

The next step for us will be to try to do some DNA barcoding on the material she has identified.

Colleagues Sabine Stöhr and Øydis Alme have published their study of Amphiura ungulata In a recent issue of Zootaxa (http://dx.doi.org/10.11646/zootaxa.3994.3.6). This West African brittle star has an unusual development of the arms and looks somewhat strange in the juvenile condition.

Following the workshop on the brittle stars – the Ophiuroidea – that we arranged earlier this fall, we have a lot of samples that have been selected for DNA barcoding. These are in the pipeline for photographing, and the photographer is currently seeing stars…

Below is a sample of the animals, each animal is photographed twice; dorsal and ventral view. Brittle stars en masse – we plan on filling two plates this time around, so in total there will be 380 photograps. The brittle stars are a fascinating group of animals with about 2000 known species. Quite a few species have been identified from the MIWA material and we are trying to compare the African shelf fauna with that of the northern Atlantic. Initial DNA-barcoding has returned some puzzling results and we needed another look on some of the problematic individuals. Fortunately, two researchers with very special knowledge of the brittle stars were able to join us in an identification workshop during the last week of November.
Øyidis Alme did her master study on brittle stars and she was joined by Sabine Stöhr from the Natural History Museum of Stockholm for a three days session over the microscopes. Sabine is a respected specialist on the brittle stars and maintains The World Ophiuroidea Database: